How the Marquis Got His Coat Back 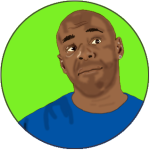 Years ago, I spoke with Paterson Joseph for a podcast interview, and he expressed his interest in wanting to play the Marquis again someday. What a thrill it is to see that happen! Joseph also spoke about the real coat that was used in the show and how it’s gone missing. Hopefully he will not have to deal with scary elephants, mushroom dust, and hypnotic shepherds to get it back! Listen to a clip of Paterson Joseph’s interview here:

How the Marquis Got His Coat Back feels more like a deleted scene than a spin-off or fan-fiction (believe me, even authors who are the original creator of a franchise can create sequels that feel like fan-fiction). I don’t think I’m taking a risk in saying that most people wish there was more of the mysterious Marquis in Neverwhere, and you won’t be disappointed. You get plenty of sarcastic, witty remarks, but you also see the Marquis at his most vulnerable (and in a poncho no less!) and even meet a member of his family. We meet new characters, one of whom is played by Neil Gaiman, as well as familiar ones, like Old Bailey (played by Bernard Cribbins). We learn a lot more about London Below and the different kinds of people who reside there. If you enjoyed Neverwhere, you don’t want to miss out on this new one-hour adventure.

This radio play is available on Audible, or you can get the book on Amazon. You can download Dirk Maggs’ script here. 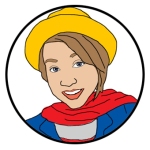 Jaime Pond is the editor of Anglonerd.com. She lives and works in New York City. Follow her on Twitter.